Generative adversarial networks (GANs) have shown remarkable success in generating realistic data from some predefined prior distribution (e.g., Gaussian noises). However, such prior distribution is often independent of real data and thus may lose semantic information (e.g., geometric structure or content in images) of data. In practice, the semantic information might be represented by some latent distribution learned from data. However, such latent distribution may incur difficulties in data sampling for GANs. In this paper, rather than sampling from the predefined prior distribution, we propose an LCCGAN model with local coordinate coding (LCC) to improve the performance of generating data. First, we propose an LCC sampling method in LCCGAN to sample meaningful points from the latent manifold. With the LCC sampling method, we can exploit the local information on the latent manifold and thus produce new data with promising quality. Second, we propose an improved version, namely LCCGAN++, by introducing a higher-order term in the generator approximation. This term is able to achieve better approximation and thus further improve the performance. More critically, we derive the generalization bound for both LCCGAN and LCCGAN++ and prove that a low-dimensional input is sufficient to achieve good generalization performance. Extensive experiments on four benchmark datasets demonstrate the superiority of the proposed method over existing GANs. 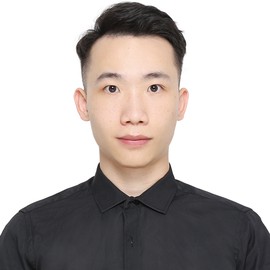 I am a lucky boy.